Where To Find The Best Korean BBQ In Sydney 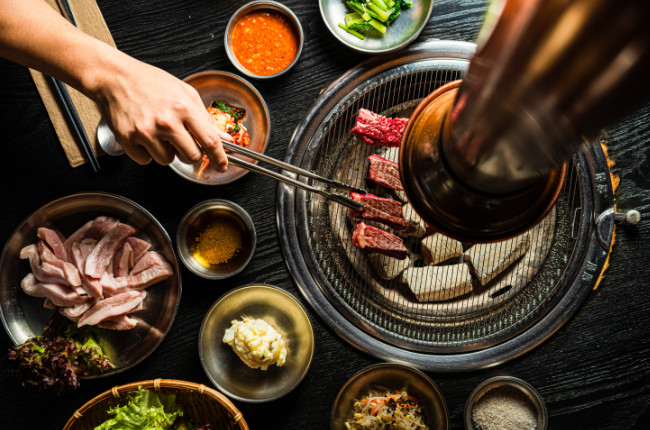 Gogi-gui, meaning “meat roast” in Korean and known as Korean BBQ (or KBBQ) in Australia, is a unique style of cooking with a long and rich history – its origins stretching as far back as 37 B.C! As we Aussies are known for our love of a good barbie, it’s no surprise that Korean BBQ has exploded in popularity.

But before we delve into where to find the best Korean BBQ in Sydney, you may have some burning questions if you have never dined at a Korean BBQ restaurant before. 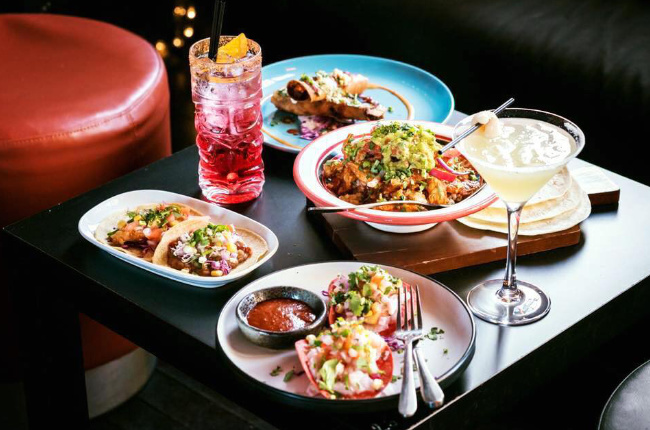 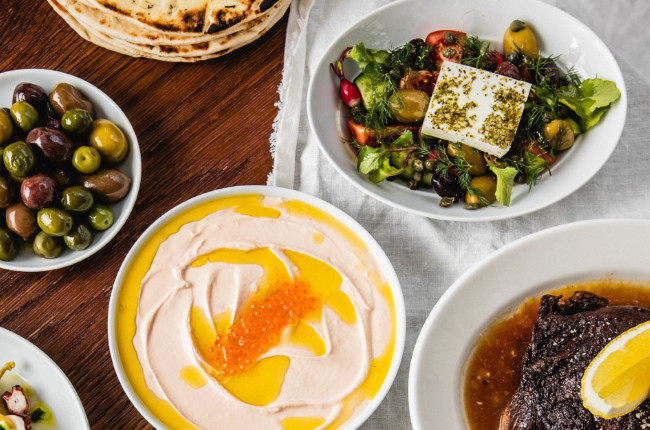 Everything You Need To Know About Korean BBQ

What is special about Korean BBQ?

Korean BBQ is a dining experience that has a big emphasis on sharing delicious food over friendly banter with family and friends. Everyone is seated around a table that has a grill in the centre. There are typically lots of plates consisting of raw meat, vegetables and various side dishes (known as banchan).

With everyone cooking their own food while conversing, Korean BBQ provides a special and intimate dining experience that is unique to the Korean culture.

What does Korean BBQ consist of?

There is a wide variety of meats and seafood that are featured in Korean BBQ such as beef tongue, sirloin, pork belly, brisket, skirt steak, short ribs, chicken and squid. They can be marinated with ingredients including miso and served with sauces like doenjang, ssamjang and a delicious fermented chilli paste called gochujang.

Banchan, which is a selection of small side dishes, play a very important role such as cucumber kimchi, fish cake, seaweed, fermented soybean, sliced garlic, oyster mushrooms, Korean peppers, daikon radish and napa cabbage. This also includes steamed cabbage leaves and lettuce leaves if you choose to wrap up your ingredients.

How much does Korean BBQ cost?

It can largely depend on which restaurant you choose to dine at. An all you can eat Korean BBQ buffet will usually charge a standard price for a set amount of hours, whereas other restaurants can charge set prices for individual plates of ingredients. Much like a sushi train restaurant, the more plates you have; the more you pay.

With a huge amount of ingredients that aren’t deep fried and consist mostly of vegetables, it’s safe to say that Korean BBQ is healthy. Because Korean BBQ uses a lot less oil when cooking to highlight the natural flavours of the ingredients, it avoids a lot of unhealthy elements found in cuisines from many other countries.

If you’re wanting to experience just how incredibly delicious this cuisine is, then here is where you will find the best Korean BBQ in Sydney: Run by David Bae, who possesses a rich family history of Korean barbeque in Australia, KOGI Korean BBQ is well known in Haymarket for generous serving sizes and some incredibly delicious Korean BBQ! In fact, his father, Donald Bae, is known as the first person the bring the Korean BBQ concept to Australia.

Their head chef Hang Jun Chung takes pride in sourcing only the best, premium quality meats and ingredients combined with traditional Korean preparation techniques to provide a fun dining experience like no other. We recommend trying their wagyu plater, which consists of oyster blade, loin, deckles, chuck flap tail and ox tongue.

Other delicacies on their Korean BBQ menu include spicy baby octopus, king prawns, marinated chicken thighs and succulent pork belly. You can also choose from a selection of side dishes such as seafood pancakes, chilled buckwheat noodle soup, cheese topokki and soft tofu seaweed stew. 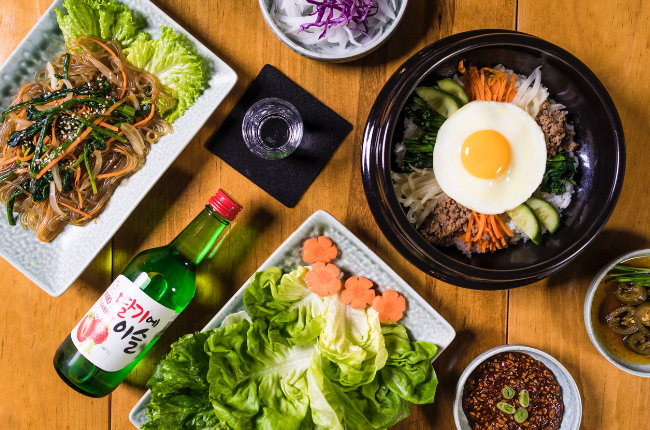 Walk down the laneway of Pitt Street during lunch or dinner service and you will most likely notice a huge crowd gathering outside Madang Korean BBQ Restaurant. Over the years, Madang’s reputation has evolved into a cult status amongst Sydneysiders as one of the most popular Korean BBQ restaurants in Sydney.

All the classic offerings can be found on their menu, including sliced pork neck, beef brisket, skirt wagyu beef, pork ribs and pork belly, as well as squid, ox tongue, king prawns, chicken, mussel and octopus. A dish that is highly recommended is their spicy chicken, rice cake, pineapple and cheese – it may not sound too appetising but the flavour combinations are simply delicious!

Make sure you try something from their chef suggestions menu as well. Their madang suyuk is very popular, featuring a mixed selection of boiled brisket, shin fore shank, ox tongue and tendon with Korean herbs and a side of nashi pear, spring onion and kimchi. 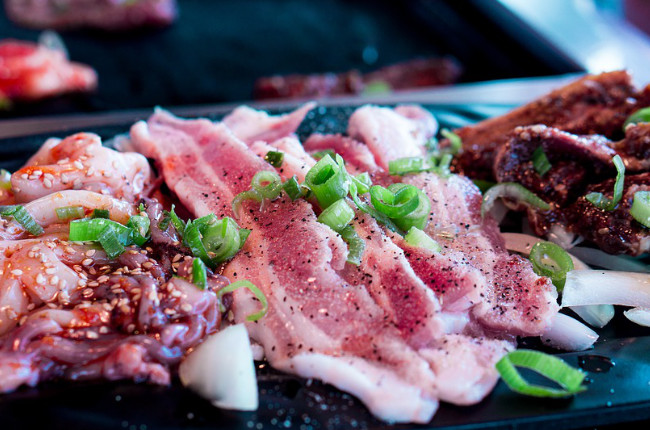 Yang San Park provides one of the most comfortable and friendly dining experiences. Their relaxed staff dress like pop band members and strive to treat each guest as if they were a regular, making Yang San Park are great spot to check out for a fun dinner, date night or a casual lunch.

If you’ve never been to a Korean BBQ restaurant before, they will happily prepare the ingredients for you, explain how to get the most out of the flavours, and even keep an eye on your grill! A must-try is their pork belly that tastes amazing when it has just crisped. It also tastes the best when wrapped in a lettuce leaf with fermented soybean paste.

Yang San Park offers affordable Korean BBQ without sacrificing any of the quality, and you can even find some of the less common cuts of meat and seafood such as tripe, baby octopus and lamb cutlets. Make sure you grab a can of refreshing Korean beer to go along with your meal, and also try their bibimbap with a side of steamed egg! 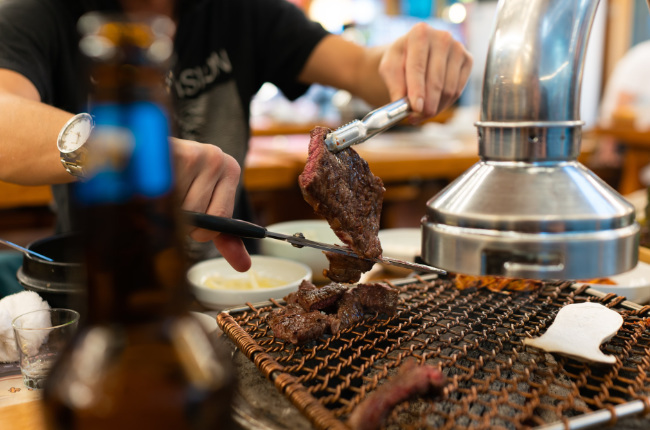 As soon as you walk up the stairs and enter Bornga Korean BBQ Restaurant, you will be greeted with the delicious aromas of grilled meat and a stylish interior of stone pillars and traditional Korean architecture. Owned by celebrity Korean chef Baek Jong-won, Bornga offers the perfect venue for enjoying great food with great company.

Make sure you also get their modum yachae gui, which is a selection of sliced vegetables to grill including oyster mushrooms, pumpkin, carrot, garlic, capsicum, onion and zucchini. They also offer other meal choices on their menu such as jap chae which is stir-fried vegetables and pork with glass noodles. We recommend trying their yeo-san tteokgalbi, which is chopped grilled meat mixed with Korean rice cakes! 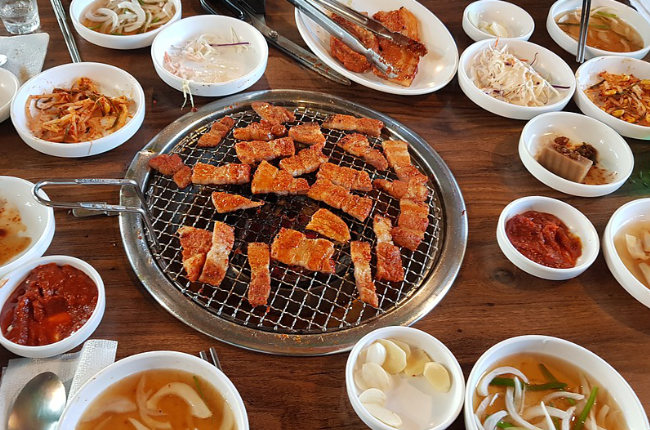 BBQ City Buffet had one ultimate goal: to give their guests a delicious, unforgettable and unique experience with locally sourced and carefully prepared ingredients. With a spacious and sleek interior featuring large glass windows, BBQ City Buffet is perfect for catching up with friends or enjoying a night out with family.

Once you have chosen a time window that best suits you and have booked a table, prepare to indulge yourself with some of the best Korean BBQ! There is an impressive selection of meats such as beef sirloin, chicken wings, lamb steak, calamari, mussels, octopus and prawns. We recommend trying the lamb steak marinated in lemongrass sauce with grilled king oyster mushroom, a side of bean sprouts and lettuce leaves with wasabi.

BBQ City Buffet also has a dessert menu for those smart enough to leave room for dessert. There are light options such as yogurt with strawberries and flavoured jelly, as well as heavier options including chocolate cake, banana cake and doughnuts. 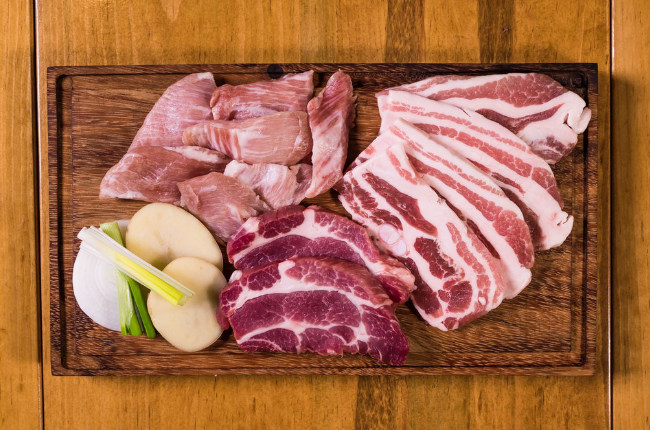 Owned by South Korean wrestler and comedian Kang Ho Dong, 678 Korean BBQ is an internationally established restaurant chain that offers a no-fuss menu with only the most quality cuts available. As a part of the Kang Ho-dong Baekjeong restaurant franchise, 678 Korean BBQ has locations in both Sydney CBD and Eastwood.

Their sides are simple, consisting of rice, egg soup, noodles and an assorted vegetable platter to accompany the meat. However, they also offer a good selection of stews and soups. Be sure to try their chilled pickled radish and kimchi noodle soup, which is a great accompaniment to their soy-marinated pork neck. 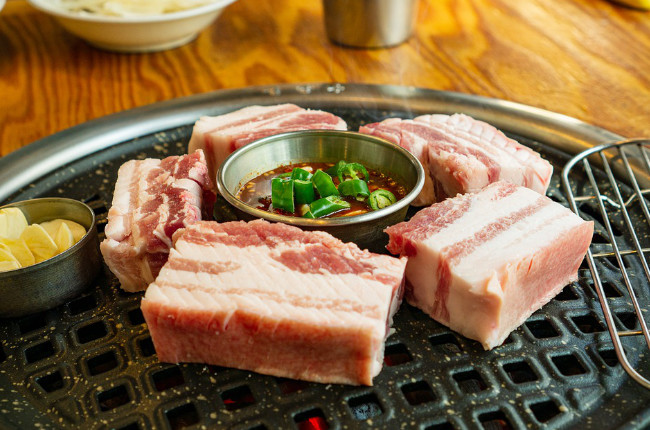 Featuring a traditional interior decor of wooden panelled walls and beautiful artwork, Jang Ta Bal specialises in first-class Korean BBQ dining. Their staff are friendly and welcoming, and will even prepare and cook your food for you if you would rather sit back and socialise with friends.

Apart from providing a friendly and vibrant atmosphere, Jang Ta Bal also offers an impressive selection of premium pork and beef cuts. If you enjoy your heat, then we highly recommend their mixed set that comes with wagyu brisket, spicy pork belly (VERY spicy) and fresh pork belly.

Korean BBQ is perfect for any occasion, whether celebrating with family, catching up with friends or enjoying a casual lunch. Offering the most delicious food with a balance and contrast between textures and flavours, book a table at one of these restaurants to experience the best Korean BBQ Sydney has to offer!

If you’ve enjoyed your meal and want to continue exploring the best nightlife spots, then check out where to find the best cocktail bars in Sydney and discover your new favourite drink!

Marketing Manager |
I was born in France and lived there until my mid 20s when I moved to Melbourne, which I’ve been calling home since 2011. I’ve also lived in London, China, South Korea and I have an absolute bug for travel and food.
Read more articles